We all experienced the excitement and the hype of the Bitcoin explosion. Prices went up, and prices went down; it was a manic moment. Some still believe that cryptocurrencies will soon become integral part of our economy. Others are certain that they are nothing but a passing fad. Earlier this year, Twitter CEO, Jack Dorsey commented that “bitcoin will overtake the dollar in importance as it becomes the single global currency of the internet within a decade” in times interview. On the other side of the argument, James Surowiecki wrote an article in MIT Technology Review entitled “Bitcoin would be a calamity, not an economy.” There are strong proponents and opponents of Bitcoin.

However, recent attention has shifted away from Bitcoin itself and has refocused on the technology behind it, the Blockchain. Cryptocurrencies are merely one aspect of this overarching blockchain. Many experts are beginning to predict that this technology may cause disruption in a wide array of contexts; financial services, medicine, supply chain and more. To discover these disruptions, many experiments are currently underway.

However, as blockchain technology evolves, we came across some success stories surrounding its utilization. Many celebrate blockchain for removing intermediaries and infusing new efficiencies into business models, providing access markets that were previously unavailable. One such aspect of blockchain creating a splash is Smart Contracts.

Currently, many banks and other financial institutions have announced plans to invest more in blockchain research. Some, therefore, predict a significant disruption on the horizon as blockchain based Smart Contracts influence the derivatives industry.

But in today’s technological climate, it is more imperative than ever that we do some fact checking on this burgeoning development.

During the early days of the dot-com boom, many invested heavily in the newest and hottest web project. But over time, those investments slowed down as they found themselves face to face with the inevitable limitations of the technologies. Over time though those technologies matured and today we enjoy the technologies emerged from the dot-com revolution.

Blockchain and Smart Contracts are both still in their infancy stage. Currently, the idea of disrupting derivative markets seems more of hype than a reality. Therefore, let’s take a look at where we really stand and investigate how these developments may actually break into the derivatives market.

First, some basics on blockchain and Smart Contracts.

The blockchain is composed of two parts. The first component is a chain of encrypted blocks with each block serving as a record of a transaction. Second, there exists a storage mode known as a distributed ledger. In this model, all transactions are recorded in a particular database and then shared, synchronized and approved across a network. That transaction is then verified via consensus through cryptographic algorithms. This process is entirely different from current centralized storage methods. Some are going so far as to label this Web 3.0 as it is creating a foundation for many possible applications in multiple areas that are currently impossible or inefficient. Blockchain allows us to bypass go-betweens in many types of transactions, therefore, creating new efficiencies and building access to a vast array of new areas. Much like how the dot-com era gave birth to new mammoths like Amazon and eBay, many expect this new technology to bring about a significant shift in the technological landscape.

The first application added to blockchain was Bitcoin. Cryptocurrencies, such as Bitcoin, are in essence tokens used for trading through the network of blockchain technology. There is currently a multitude of cryptocurrencies within the market.

Now we come to Smart Contracts. A Smart Contract is a piece of code that allows two parties to create a self-executing contract using blockchain. This contract resides on this distributed, decentralized blockchain network. Although it can execute a code, at this time, there are very few functions that Smart Contracts can fulfill. Based on its abilities, new areas like supply-chain, insurance policies and trade finance are experimenting with Smart Contracts. These experiments are prudent because they expect to introduce large amount of cost efficiency. Smart Contracts may provide access and opportunity, bringing light into areas that were once dark.

Now, how does this apply to the derivatives market? The financial derivatives market is a highly mature and expansive market build upon a vast network of service providers, regulations, and surveillance. Some key players involved include;

Take one look at the list, and you will see a lot of middlemen. The derivatives market is quite complicated and requires a network of players to facilitate a healthy functioning. By integrating Smart Contracts, all middle parties would then be removed, save a few execution facilities and financial institutes. However, an alternative model such as this can take a very long time to build before being formally introduced into the market as it will require proper regulation and surveillance. Further, many questions are whirling around regarding the security of Smart Contracts.

Let’s look at some of the challenges of blockchain technology.

Currently, there is a great deal of research and investment in this field. We will see blockchain’s usage across many areas of financial markets and in different capacities as the technology matures and issues resolve. Therefore do not be surprised to see some breakthroughs that will inevitably bring this technology to fruition faster than initially anticipated. 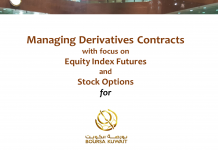 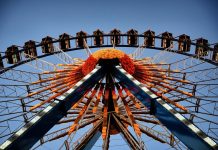 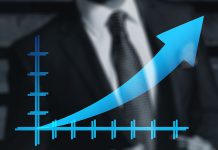 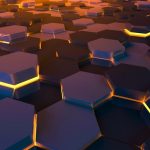 Derivatives admin - September 28, 2018
0
We all experienced the excitement and the hype of the Bitcoin explosion. Prices went up, and prices went down; it was a manic moment....